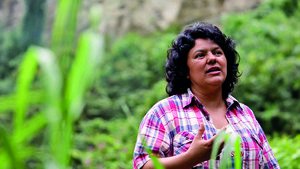 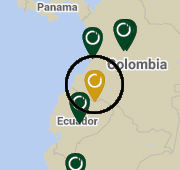 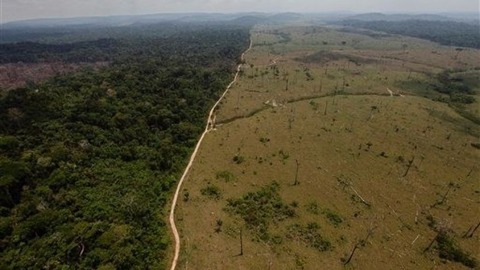 Deforestation in Brazil increased 30% in 12 months, agency says: http://intlrv.rs/2lJZ2uR
A hydroelectric dam built for economic growth in the world looks with global eyes and plans the irrigation that it is impossible to do for a food production and cash crop cultivation from increase of the population by a biological diversity treasure house and carbon dioxide absorption in the African river where there are few biological diversity loss and methane deflation from the Lake dam and rain in the important Amazon and Mekong, and desertification progresses. On the other hand, as for people of the indigenous people living there for these past several years, the cases that are killed by the police and the armed forces and an assassin just to have done an opposition movement occur frequently in the dam. It was said that the dams more than 50 megawatt did not assume it renewable energy last year in the United Nations. However, there is not yet the recognition called the harmful development, and the financing continues for a construction plan to advance at a developing country and a rising nation. According to wwf, it is said that 80% of freshwater fish classes became extinct for a dam and other cause since 1970.

Why dam builder continue making a dam until murder a person, and the creatures become extinct, and to turn into desert?

It is because UN still follow an economic theory that is industrialize and increase population to buy an industrial product can solve poverty to gain income.

The industrialization needs electricity. Hydroelectric dam like an area having a big and rich quantity of water.

May the person live after the creatures becoming extinct, and becoming the desert?

At international river ,the bad influence of the dam which amounts to the down stream country one-sidedly, but, in an international river, there is not interest adjustment in the country of upper reaches without compensation. There is only way to prohibiting it in the United Nations.

UN can change it to power supply by the sun and the velocity of the wind and sustainable agricultural products not to douch .

The fresh water resources of the earth are limited and are a valuable, and it is not with the solution of the poverty because it enlarges desertification that the cleaning of the forest and water consumption including cotton and the corn build the dam, and they recommend big cash crop cultivation to increase of the population in the African Continent where there is little rainfall a year.

It is the most important in a population problem how many children farmland to have can feed in the area with a little water in particular. It is starved with poverty when I have five though I can feed only two people. The United Nations calculates the appropriate population in each area and should demand cooperation.

It is reported a lot an example to make poverty without there not being agriculture and fishery when a fish decreases sharply by dam construction in rainy much Amazon and Mekong and loses bank of a river farmland, and being able to feed a family. Compensation money seemed to come to be paid a lot by the recent dam development, but must look for different work at least.

which became the major economic power of the second place of the world is a world's best dam builder, but it is necessary that a dam woke up what kind of influence out of or investigates it thoroughly. Dam have to mention that GDP and the right undertake an enterprise specially.

It is necessary to review a current economic theory immediately in the United Nations. In other words

Development is not sustainable of all, and UN have to recognize that there is unsustainable development

UN prohibit unsustainable development and switch to the method that is harmless to environment by all means when it is necessary.

UN give the necessary article without it not being necessary to industrialize the whole world, and doing development and the high stratification urban development of the developed country type forcibly.

UN calculate the appropriate population in each country and work hard to keep it.

The voice of many people of the world is necessary for the United Nations!

Economic Green will report a voice of becoming it to the United Nations!

A review of the sustainable development!